Anthony & The Outdoors Thoughts, ideas and memories of photography, cooking & the outdoors (not in that order!)

Our trip resumed with a early morning ferry departure and a mostly new set of travellers, though a few of the original group remained.  Our first destination was Haines where we spent 2 days enjoying some of the local outdoors & culture.  We swung by Chilkat State Park and Chilkoot Lake the first day, then set up camp and made dinner.

Ferry ride up to Haines

Haines marina on a sunny morning 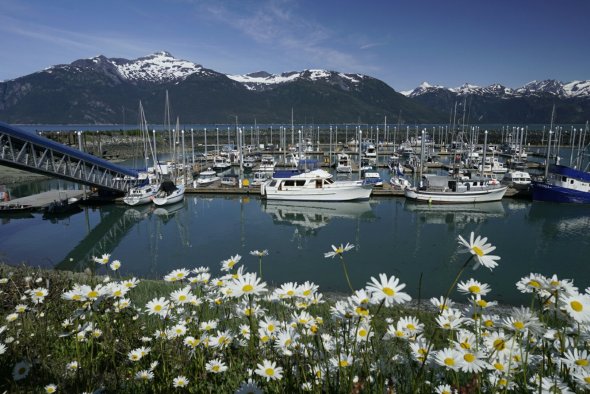 One of the planned activities was going to be enjoying a local party & BBQ for a 150mi bike race that finished in Haines that evening.  The salmon bake sounded like a great way to see the local community, but as mother nature had it a rare June snowstorm on the pass cancelled the event.  Luckily for us, the salmon bake was still on! 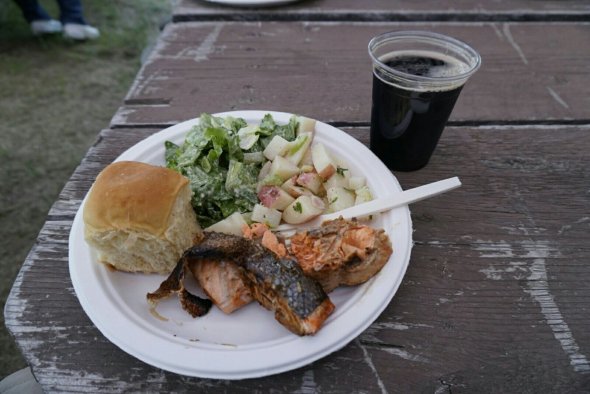 The salmon bake was some of the best fish I’ve ever had and it was all-you-can-eat for $5!  And as for the race, it seems like some participants didn’t get the memo as they completed the ride, in the snow, on unicycles…  After seeing the route via bus it sounded like fun to me and would be a bit beyond my longest ride of 112 miles, but not in the snow!

However, the highlight of Haines and possibly the whole trip was a glacier flightseeing plane tour with Fly Drake.  The pilot was awesome.  The ride was epic.  The views were indescribable.
It was my first experience seeing icefields and glaciers this way, and my first small plane ride.  Words can’t really express the feelings of awe and even the pictures don’t convey the whole message.  I captured a few shots which I’ll share here and also a few videos which I’ll have to upload at a later time.  There were 4 or 5 sets of people interested and as luck had it, the cloudy skies parted just in time for my second-in-line group. 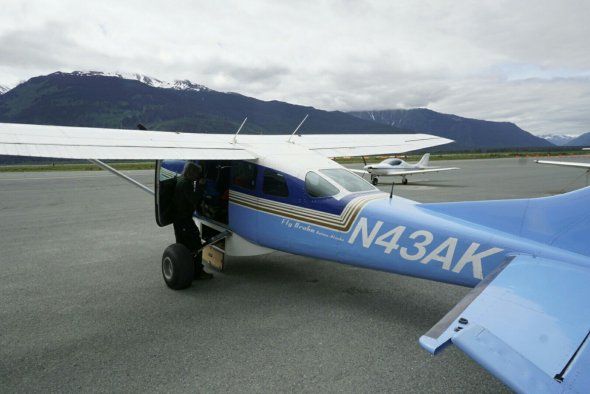 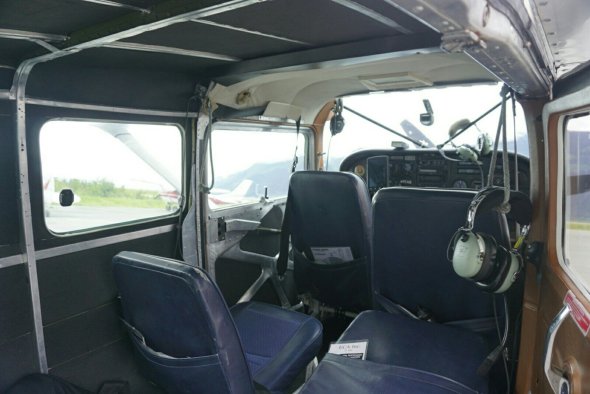 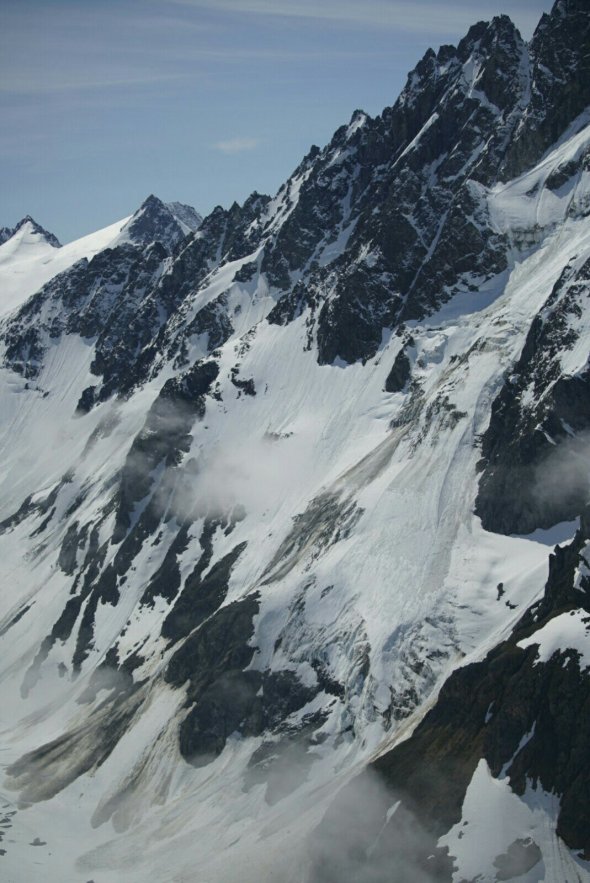 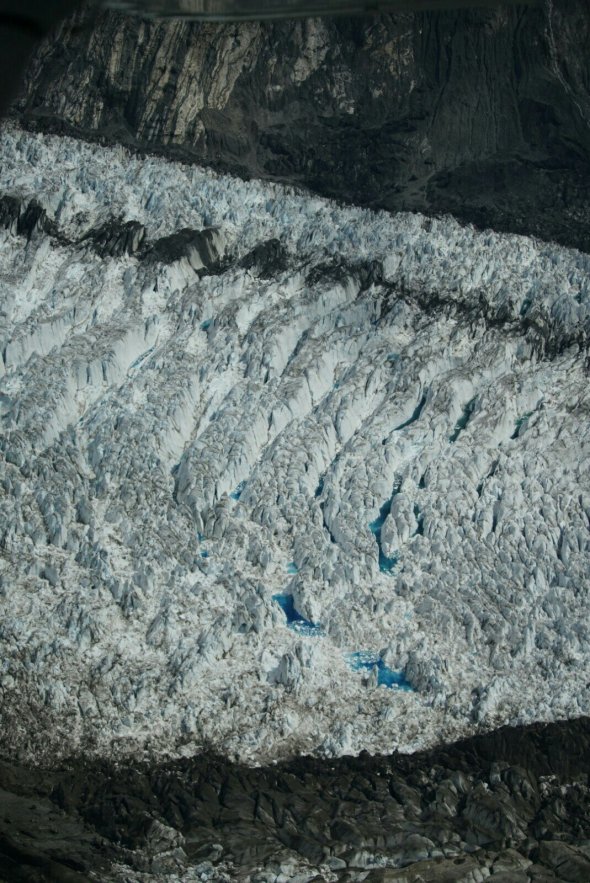 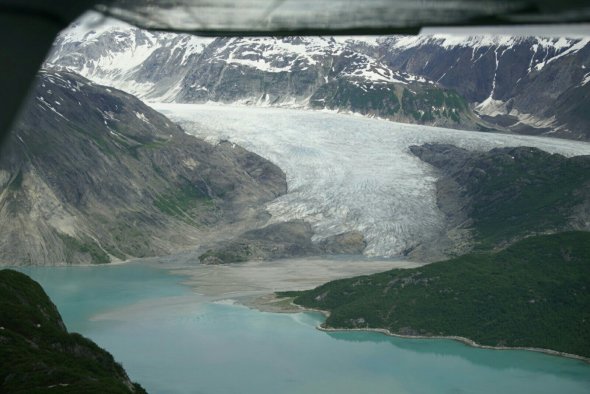 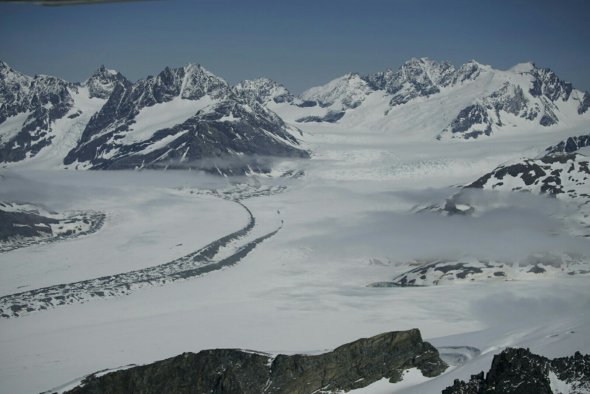 The experience was so moving and emotionally intense that my post-ride planned hike needed to be cancelled.  I spent the most of the afternoon in a state of mild shock, just absorbing the raw power and beauty of the journey.

On a much more mild but also happy note, I was happy to discover my favorite wildflower growing alongside the bathroom in our campground.  Back in California, I have to drive hours to the Sierras or at least get lucky with the right hike to find them (I’ve seen them once or twice up in the Santa Cruz mountains but it’s rare). 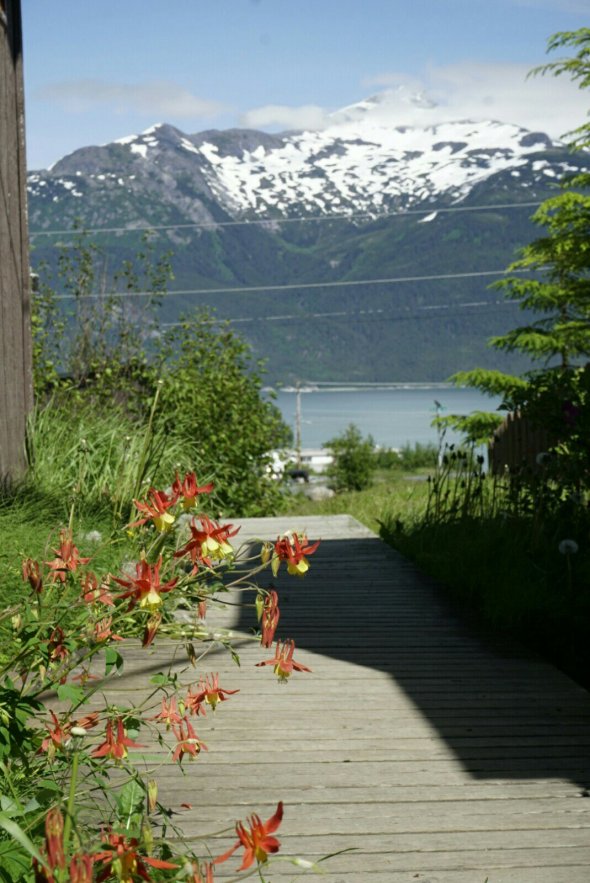 After the adventure in Haines, we headed north back up to Canada and Haines Junction in the Yukon.  We camped out at Kathleen Lake for two nights and planned to tackle the crazy King’s Throne hike (8mi, 4k’ gain with 45° slopes at times!) 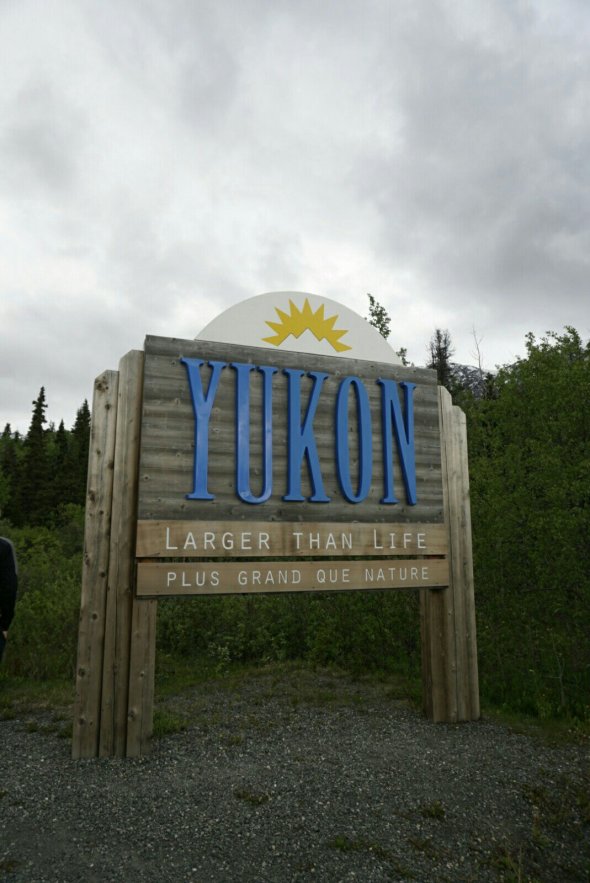 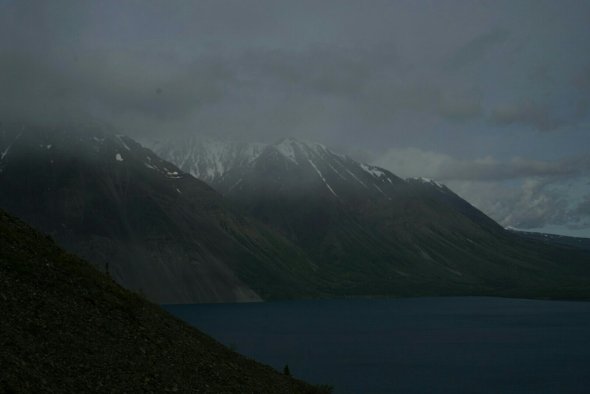 I made it through the loose scree fields (which were a lot easier once you found the actual trail) to the saddle, but once you headed further the intensely steep and loose slopes made me second-guess the goal of summiting.  I didn’t need an ankle reinjury.

Lake during an 11 pm hike.  The days are getting longer as we go further north… 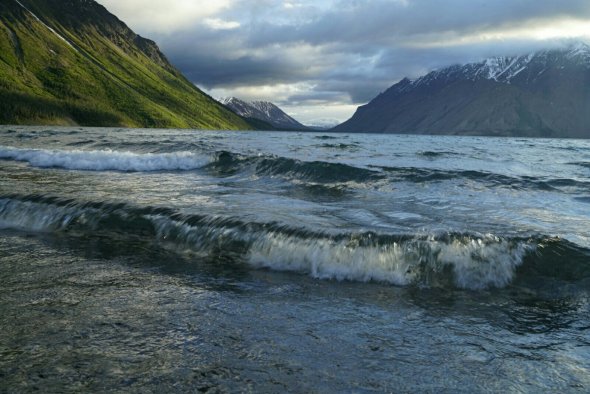 Next up was Whitehorse which had some much needed hot spring action.  We also ran into a cyclist friend who we first met at Prince Rupert and seems to be catching us every few days!

Trying to sleep at midnight…  did I mention the days are long here?

An long 8 hour drive got us into the interesting historical town of Dawson City.  It was a gold rush town which kept the original buildings and facade. 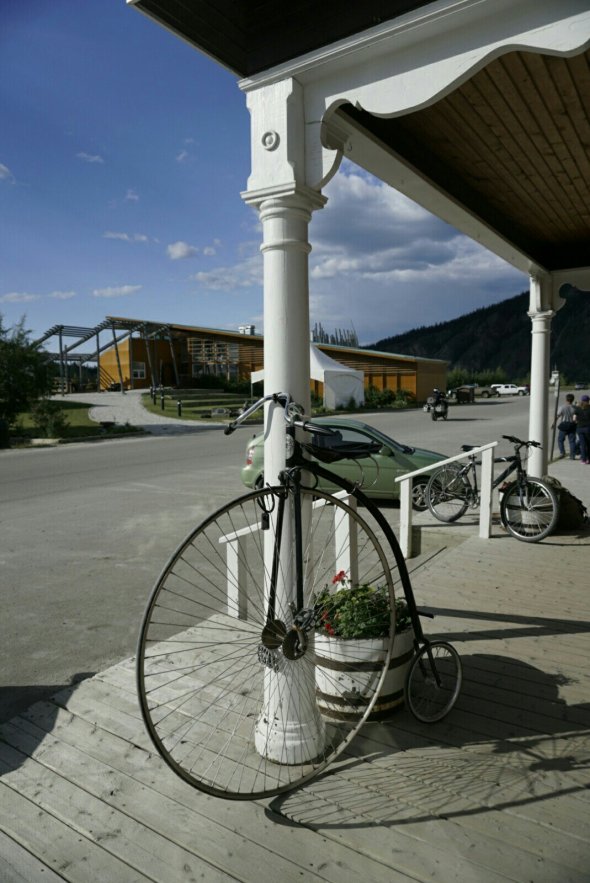 We camped at a group campsite/hostel across the river which is only accessible by ferry…  there is no bridge.  We happened to arrive on its 50th birthday! 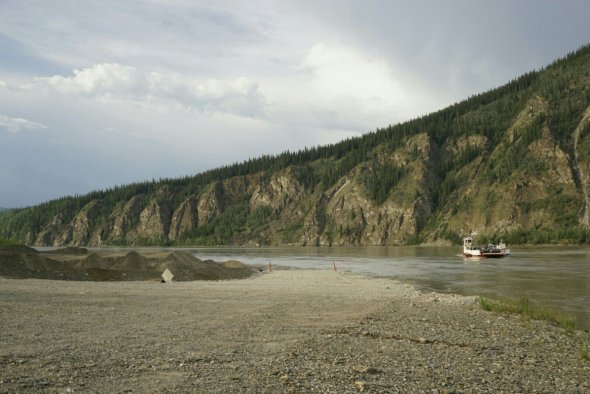 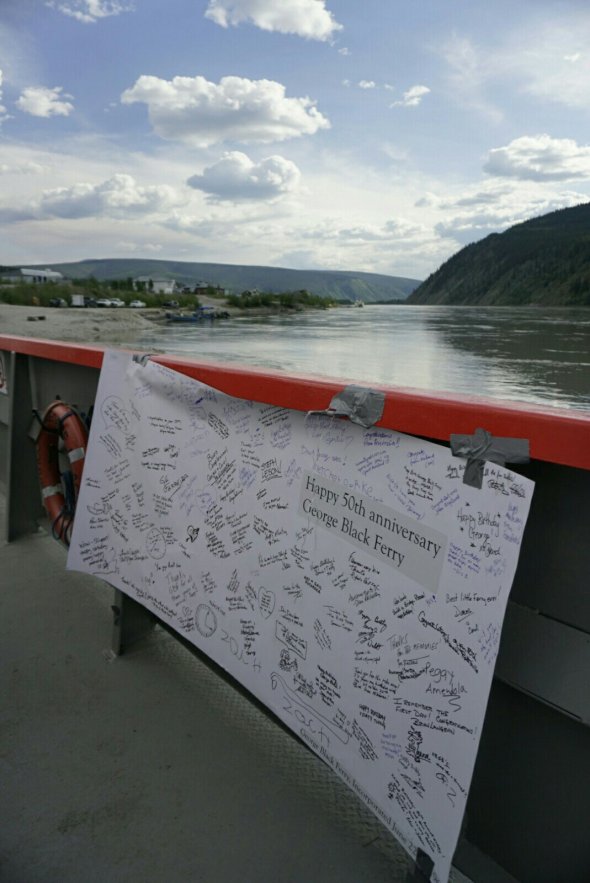 There was also a wildfire due to a recent thunderstorm which made for some interesting skies. 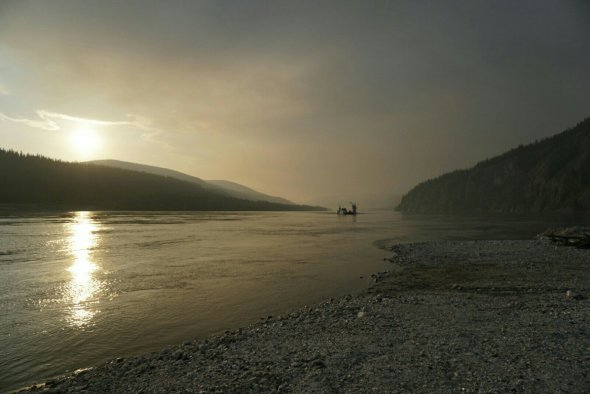 The owner of the campground has quite a bit of character in his self-built community. 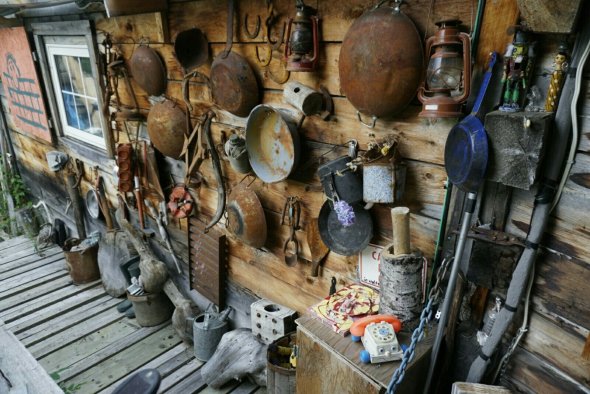 I think the channel here needed a bit of tuning so I adjusted it. 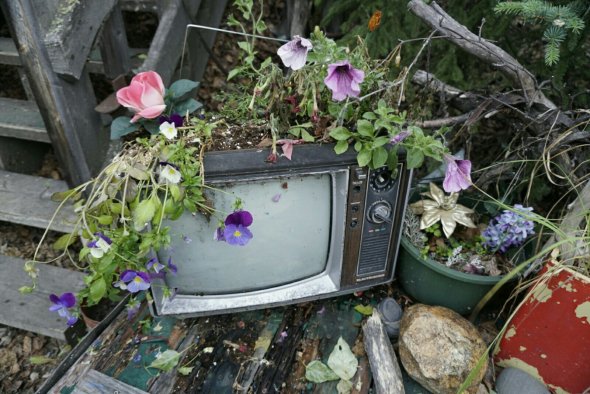 Some other interesting local news while we were there…  apparently the infamous human toe used in a drink at the Downtown Hotel was stolen recently and returned during our stay!  Some of my friends went to the bar to try it anyway before hearing the good news, finding out they had a replacement ready.  From what they said, shortly before the cocktail was prepared the toe was back in action and they were able to “use” it.  Yumm!

Tomorrow we hit the Top of the World Highway and head back into Alaska!  Chicken, Fairbanks and ultimately to Denali for the final destination before ending the epic journey in Anchorage.

This entry was posted on June 23, 2017 by adechiaro. It was filed under blog, outdoors, travel and was tagged with alaska, glacier, gold, hiking, salmon, yukon.